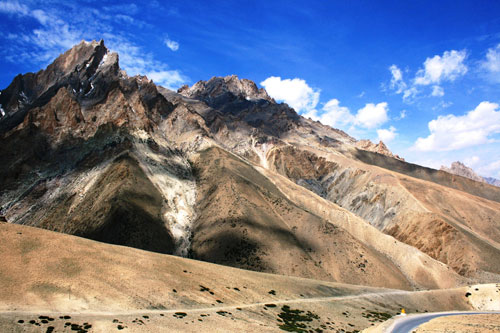 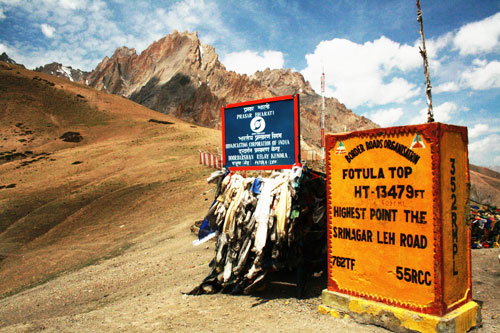 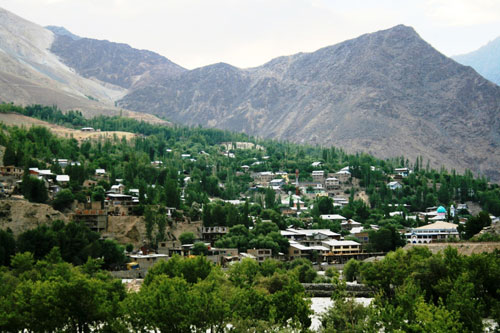 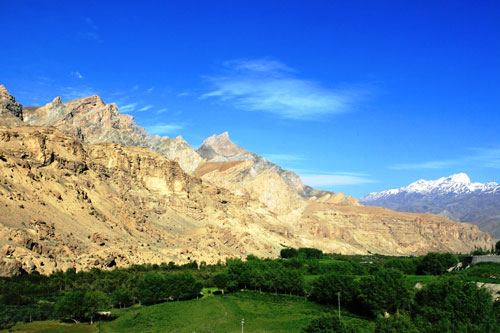 Zoji La is 9 km from Sonamarg and provides a vital link between Ladakh and Kashmir. It runs at an elevation of approximately 3,528 meters (11,575 ft), and is the second highest pass after Fotu La on the Srinagar-Leh National Highway. It is often opened between at the end of May to beginning of June and closed during winter (From October). 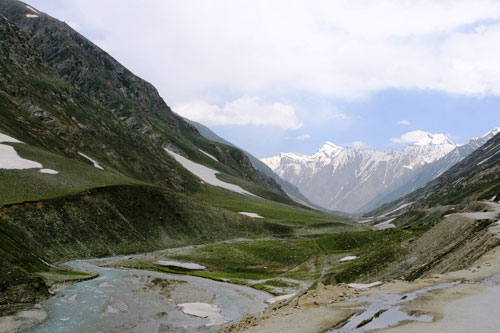 Drass is a tiny town and often called ‘The Gateway to Ladakh. Located about 60 kms to the west of Kargil, on the road to Srinagar.It has an average elevation of 3,280 meters (10,764 feet). It is located at 56 km from Kargil town on the road between Srinagar and Ladakh. It has become famous as the second coldest inhabited place in the world by virtue of the intense cold that descends upon the valley along with repeated snowfalls during winters. Winters are extremely harsh with average lows around -22oC (-10oF), which can fall as low as -45oC at the height of winter. At the entrance of Drass are three stone figures of a king and two women carved on pillars. The inscription on the pillars is in the old Brahmi script and the ornaments worn by the women, Kashmiri.

Drass inhabitants consist mainly of Dard stock, an Aryan race believed to have originally migrated from Central Asia. The short summer season begins in May with the melting of snow. Winters are long and harsh, with snow often falling to a depth of 14 feet, and the temperature dropping to -45 C.

The main crops of the area are barley and coarse cereal as the short summer and barren soil does not support much vegetation. The favorite sport is Polo.

Drass is a convenient base for a 3-day long trek to Suru valley across the sub-range separating the two valleys. This trek passes through some of the most beautiful upland villages and flower sprinkled meadows on both sides of the 4500 meters high Umbala pass, which falls en route. The trek to the holy cave of Amarnath in neighbouring Kashmir, which stars from Minamarg below Zojila, takes 3 days and involves crossing of 5200 meters high pass. Drass also offers numerous shorter treks and hikes to the upland villages.The nearest airport is Srinagar 140 kms. 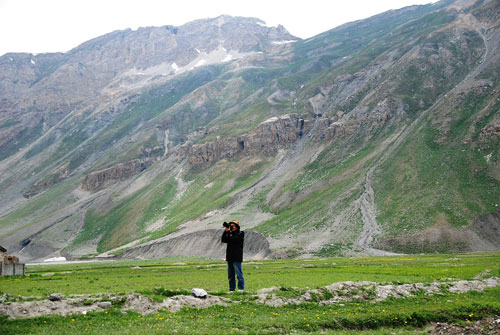 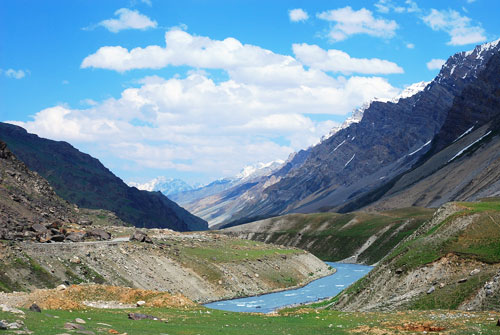 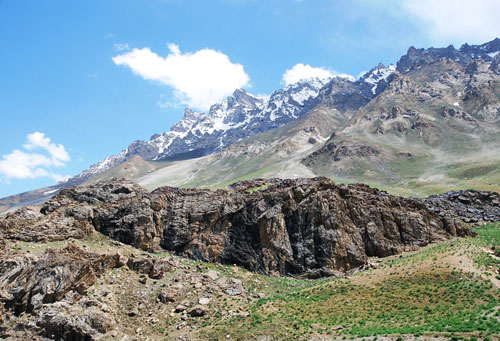 Situated at an altitude of 2,700 kms, Kargil lies midway between Srinagar and Leh. It is the second largest urban centre of Ladakh. Once an important trading centre in the trade route from Kashmir to Baltistan, Afghanistan, Central Asia and Tibet, it is now more of a transit point between Leh and Srinagar or Zanskar. Even 20 years ago, yak trains made their way into Kargil bazaar from Padum. Kargil is famous for its apricots. The region is politically part of India, and ethnically part of Baltistan, now in Pakistan. The majority of Kargil population is Shite muslim of Balti origin which is evident from the number of mosques and Urdu signages. The Kargil muslims adhere to strict Islamic traditions, and one can hardly see women on the streets. Liquor is strictly prohibited. There is a Jama Masjid, and two Imambaras (mourning houses). This is the only majority muslim district in Ladakh. 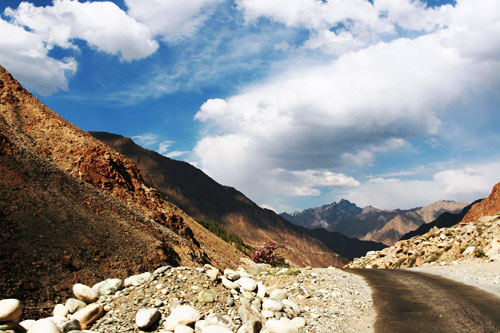 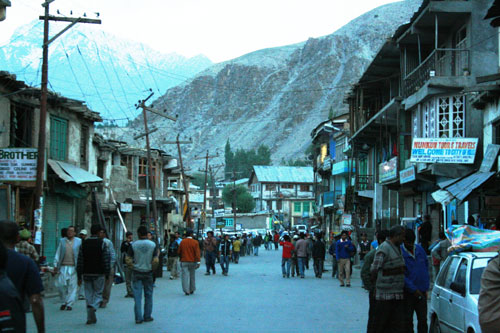 Mulbekh is a small village located in Kargil District of Jammu and Kashmir. The tour to this place gives tourists an opportunity to appreciate the ancient culture and heritage of Kashmir. It forms the cultural border of the state as Buddhism is predominant towards the east from here and Islam towards the west. Places of tourist interest include the Mulbekh Chamba and the Mulbekh Gompa. Shergol constitute interesting excursions around the village. Perched atop a rocky cliff, Mulbek Gompa (monastery) belongs to the Gelukpa order. Getting there involves a laborious walk, so very. It offers a great view of Wakha valley and served as an outpost to guard the caravan route in the days of the silk route. Like all Buddhists monasteries it is adorned with frescoes and statues.

Mulbek Chamba is an impressive 9 m high statue of Maitreya, the Future Buddha, cut into the rock face dating back to 700 AD. It is right on the main road and is a blend of Shaivite symbolism with early Buddhist art. 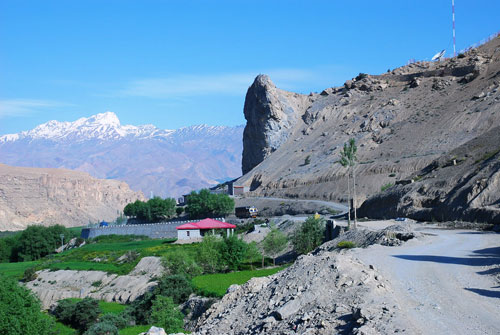 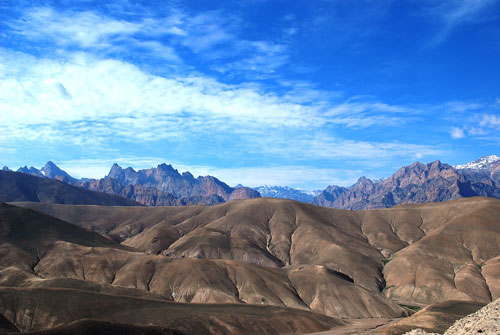 At an elevation of 4,108 meters (12,380 ft), Fatu la is the highest point on the highway. Fatu la is one of two high mountain passes between Leh and Kargil, the other being Namika Fatula. 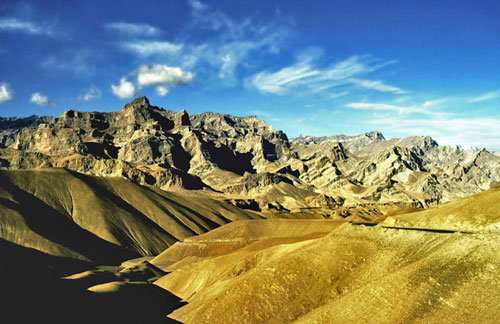 Lamayuru is situated on the Srinagar Kargil- Leh road 15 km east of the Fatu la at a height of 3, 510 m. Lamayuru is a scruffy little village, but has one of the most spectacular gompas. It is not so much the gompa, but the location and construction that makes it special. It is perched above a drained lake, overlooked by massive mountains. Founded in the 10th century, this Kagyupa monastery is one of the largest and oldest ones in Ladakh.

Lamayuru is one of the largest and oldest gompas in Ladakh, with a population of around 150 permanent monks resident. It has, in the past, housed up to 400 monks, many of which are now based in gompas in surrounding villages. Lamayuru is host to two annual masked dance festivals, in the second and fifth months of the Tibetan lunar calendar, when all the monks from these surrounding gompas gather together to pray.

The monastery, belonging to the Red-Hat sect, has been destroyed and rebuilt several times. It has a great collection of thangkas, frescoes, shrines and murals (wall paintings). Explore the stone passages and courtyards of the lower parts of the complex. There is an Alchi-era temple, Singge Gang Lhakhang with its guardian deities, in the courtyard, which is not easy to locate.

The monastery also has an impressive 11 headed, 1000-eyed image of Chenrezig. Another major attractions of the Lamayuru Gompa are its two yearly masked dances. These dances are organized in the 2nd and 5th month of Tibetan lunar calendar, and monks from the nearby regions gather here to worship and take part in dance. 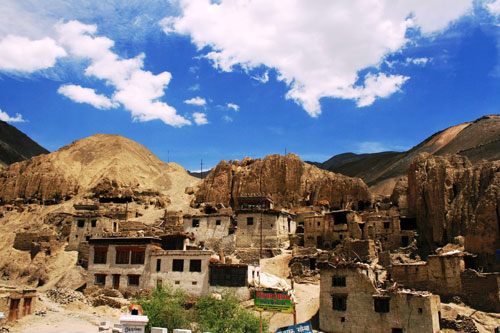 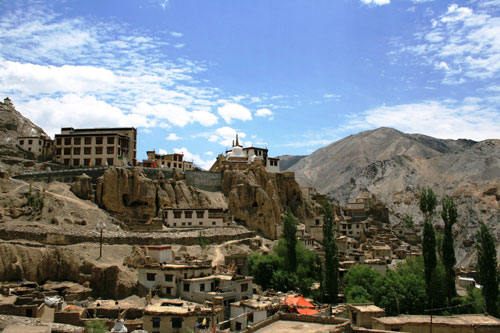 Located between Kargil and Mulbekh, the picturesque village of Shergol is on a slight climb above the Wakha River, right of the Kargil-Leh road. The main attraction is a cave monastery, which belongs to the Gelukpa order. It houses only two monks and has little to offer in terms of frescoes except for one of the eleven-headed Avalokiteswara. Below this small monastery is a larger Buddhist nunnery with about a dozen nuns.The village is accessible by the motorable road that branches off from the Kargil-Leh road, about 5 km short of Mulbek. Shergol is a convenient base for exciting treks across the mountains into the Suru valley. It is also the approach base for visiting Urgyan-Dzong, a meditation retreat that lies deep within the mountains surrounding the Wakha River valley. 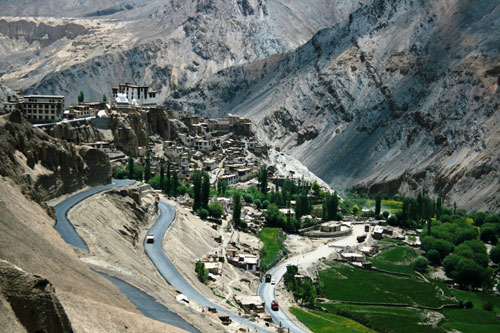 Alchi is a perfect destination to experience a typical Ladakhi village. Famous for its splendid isolation, Alchi is truly a priceless Himalayan heritage. Alchi is a small village situated about 67 km from Leh, on the banks of the river Indus. It is considered to be one of the most important cultural sites throughout the Himalayas. It is famous for one of the oldest monasteries in Ladakh known for its murals and frescoes of the 11th century.

The monastery complex, managed by the monks of Likir Monastery, houses two main temples: Alchi Du-khang and the Sum-tsek, and a few smaller structures including the Temple of Manjushri, Lotsawa Lha-khang, Lha-khang Soma and 3 Ka-ka-ni (entrance) chortens.

Alchi Du-khang is the main temple, and the largest and oldest preserved structure of the complex. This main area is utilized by monks for ceremonies. Along with the huge ‘Wheel of Life‘ it comprises of several murals. The Sum-tsek is the second important temple of the monastery complex, housing three enormous figures of four armed.

The Temple of Manjushri is a free standing structure built around the four central image of Manjushri. Besides, Lotsawa Lha-khang is adorned with an image of Buddha in bhumisparshamudra as its central image. Alchi monastery is visited for its earliest murals and beautiful frescoes of deities, which are considered as the finest surviving examples of Buddhist art.

This monastery exhibits a lot of Indian influence, being founded by the great translator Lotsawa Rinchen Zangpo on his return from India, after having received Buddhist tutelage. It is said that he brought 32 sculptors and wood carvers from Kashmir for the construction of the monastery. The Indian touch is evident in the paintings. 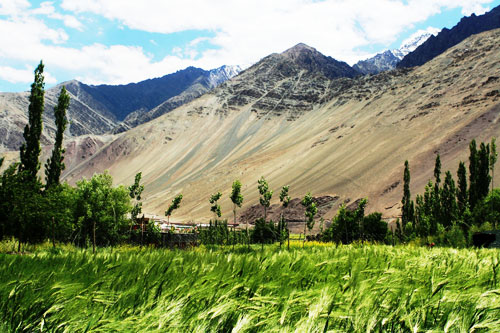 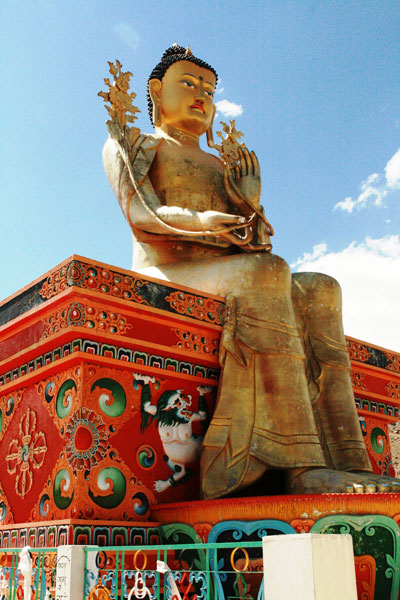 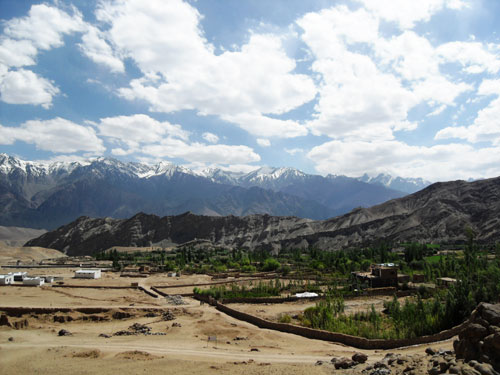 Places to Visit
Any Questions?