The Zanskar valley is a group of mountain-locked valleys with a mean elevation of about 3,950 m, and covers an area of 7,000 sq kms. It is bounded on the north by the Zanskar range and on the south, by the Himalayas. To the east and west are high ridges connecting the Himalayas and the Zanskar range, making access to Zanskar difficult. It was only in 1981 that a jeep-able road was completed to connect Kargil with Padum. It is watered by two main branches of the Zanskar river. The first, Doda has its source at Pensi La pass (4,400m) and flows southeast leading towards Padum, the capital of Zanskar. The second branch is formed by two tributaries, Kargyag with its source at Shingo La, and Tsarap, with its source at Baralacha La. These two unite to form the Lungnak, which flows northwest towards Zanskar’s central valley where it unites with the Doda to form th Zanskar River.There is snowfall for over seven months of the year, and it is one of the coldest inhabited places in the world. In winter, the Zanskar river freezes on the surface and the locals walk on the ice to access the Indus valley, which otherwise is an inaccessible route. Most of Zanskars vegetation is found in the lower areas, and consists of alpine and tundra species. Crops include barley, lentil, potato and apricot. Domestic animals include the yak, dzo, sheep, horse and dog, and wildlife include marmot, bear, wolf, snow leopard, kyang, bharal, ibex, wild sheep and goats. It remains is a trekkers paradise and popular treks include Padum to Darcha over the Shingo La (5,090m), and Padum to lamayuru over the Singge La (5,050m). The more remote one is from Padum to Markha Valley over the Cha Cha La (4,950m) and Rubrang La (5,020m). This trek should however, be done after mid-August when the water level in the river has receded. The best season for trekking is at the end of June till mid-October before the first snowfall of winter.

Zanskar has a pleasantly warm and dry summer climate, and extremely long cold and harsh winters. 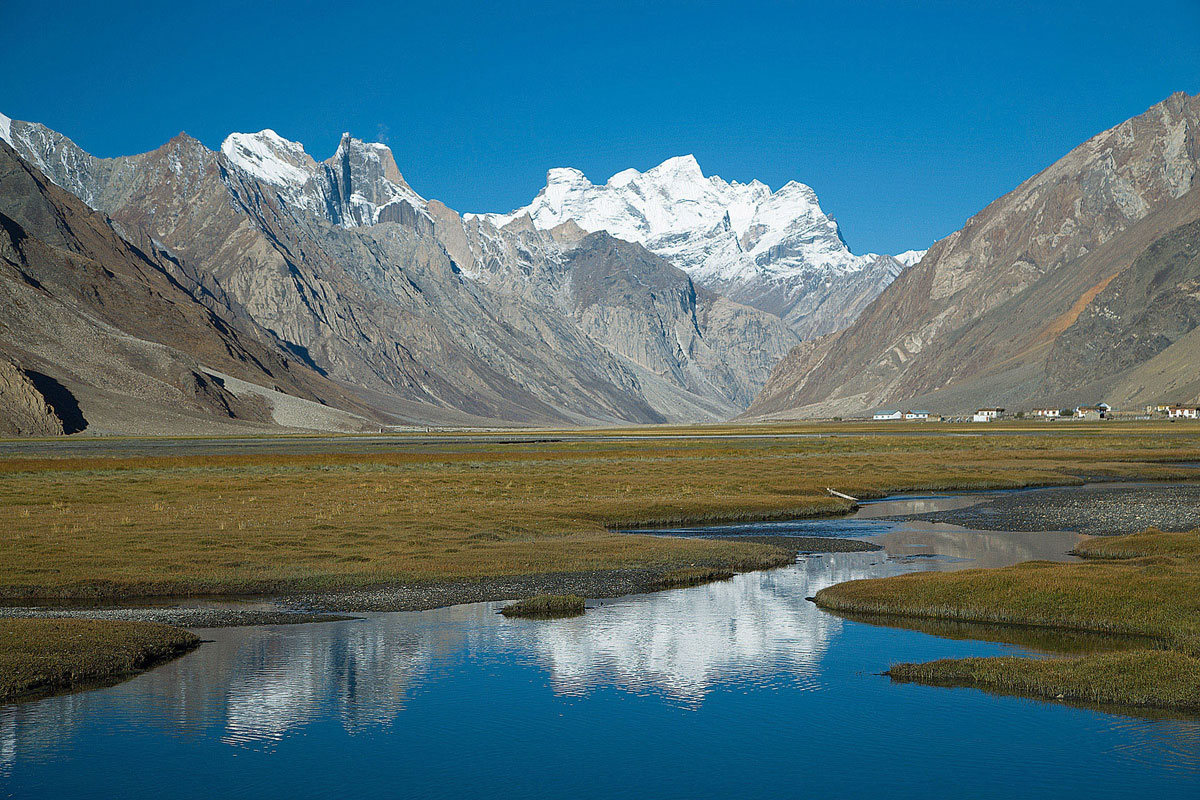 Halfway (in time, not in distance) along the Kargil-Padum road is Rangdum, the first village with a monastery, marking the end of the Muslim belt of the Suru Valley. Rangdum is where most truckers halt for the night, and so you will find plenty of village tea shops, offering basic fare.

The 18th century monastery, houses about 50 monks, and sits atop a lone hill rising in the valley, and belongs to the Gelukpa order. Many trawa (novices) also come here for their initiation into Buddhism. The dukhang of the monastery has mages of the Sakyamuni Buddha, and Tsongkhapa, the founder of the Gelukpa order. There are also many exquisite frescoes.

Rangdum is the starting point of an exciting trek through the Kanji-La (5,255m) that links up with the Leh-Kargil road at Lamayuru. The state-run Tourist complex here has basic facilities, for those not keen on camping.

The road south of Rangdum crosses the Pensi La (4,450m), after which a descent brings the magnificent view of the Darung Drung glacier into view. The road towards Padum continues to Ating, from where one can visit the Zongkhul gompa. Towards Padum, the ara gets a little more populous with villages like Tungri, Phey, Ating, Zongkhul and Sani.

The best time to visit is between June and October (depending on the weather). Is open only from July to October, so before that it is only possible to get there trekking. 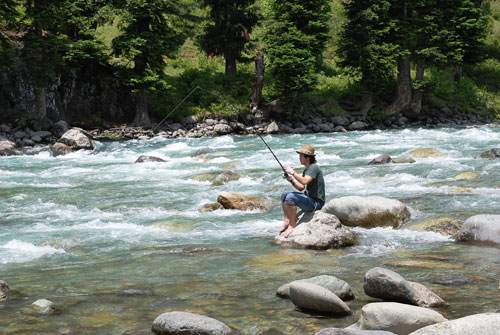 Padum is the largest town and administrative centre of Zanskar, and once the capital of the ancient kingdom of Zanskar. It is the most populous settlement of Zanskar and is located at an elevation of 3,500m (11,640ft) in the Himalayas. The 240km road connecting it to Kargil was completed in 1981. There are several small villages around Padum.

The traditional heart of the village is below the gompa where two large chortens stand above old buildings. Padum is the base for many difficult treks such as Padum to Darcha via Shingo La, Padum to Lamayuru via Singge La, and Padum to Leh via Cha Cha La, Rubrang La, and the markha Valley.

Padum is mostly inhabited by Buddhists, though there is a sizeable Sunni Muslim population (about 50%), mainly Balti who have been living in Padum since the 17th century. Around Padum, one can visit the Starrimo Monastery, which houses about 30 monks, and Pibiting village, with its dominating hilltop monastery. Bardan, about 12 kms from Padum on the trekking route to Darcha, has a 17th century gompa, which is worth visiting. Karsha, about three hours of walk from Padum, has one of the largest and most important gompas in Zanskar, dating back to the 11th century. It is a large white complex housing about 100 monks. The pujas (rituals) held here are quite different from other Ladakhi ones. About two hours of walk from Padum, is Sani gompa, believed to be the oldest Ka-ni-ka gompa in Zanskar. Stongde gompa, 20 kms from Padum, is the second largest Gelukpa establishment in Zanskar after Karsha.

Padum is open only from July to October, so before that it is only possible to get there trekking. 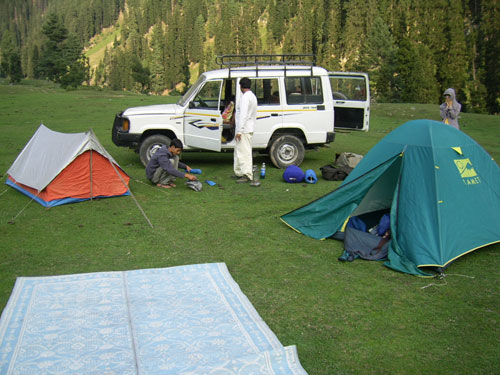 Situated an altitude of 4,290 m, Sarchu is an overnight, tented camp on the Manali-Leh highway, just on the boundary with Ladakh. Located between the Baralacha La in the south and the Lachulung La in the north, Sarchu makes a nice break for the weary travelers, as the journey between Manali and Leh generally takes two days because of the high altitude and road conditions. While visiting Sarchu, one can also enjoy long walks along side the Tsarap Chu river. It also serves as the starting point for the difficult trek into the Zanskar region of Ladakh.

The Camp Himalayan Saga at Sarchu is an adventurous site with several swiss cottagetents. These wind & water proof tents are stitched out of canvas and have proper living area, attached toilet with specially designed western seat & wash basin fitting, twin beds, chair/table, etc. This camping site is used as halt and an overnight stop. 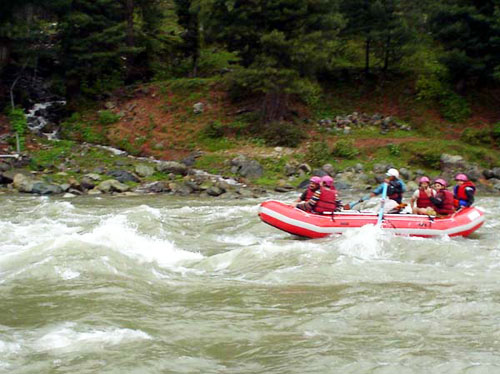